What we have is Fulani govt, declares Methodist Prelate - The Naija Weekly

Home News What we have is Fulani govt, declares Methodist Prelate

What we have is Fulani govt, declares Methodist Prelate 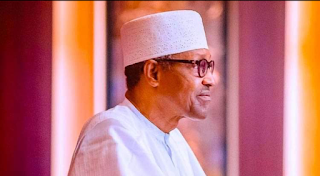 THE Prelate, Methodist Church Nigeria, Dr. Samual Uche, has faulted the lukewarm approach of the Nigerian Federal Government to the report of alleged ties between the Minister of Communication, Dr. Isa Pantami, and terrorist organisations.

This was expressed during a media briefing on the state of the nation organised by the church’s 38th Council of Bishops on Tuesday at Wesley House, Marina, Lagos.

He said, “We don’t have a Federal Government; what we have is Fulani Government. For now, the President has not proved to us that this is not a Fulani government as far as I am concerned.

“Go and look at our security agencies, oil industry, Nigerian Port Authority; all Fulani. Why? Are they the only people in Nigeria? There is a hidden agenda.”

The cleric queried Pantami’s continued stay in office in spite of his alleged romance and dalliance with some notable terrorist organisations.

Uche called on the Federal Government as a matter of urgency, to relieve him of his appointment, investigate his involvement with these organizations and possibly prosecute him.