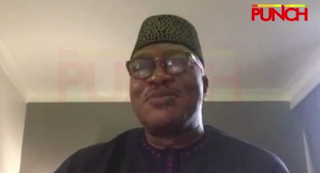 A former Director of the Department of State Services, Mike Ejiofor, says the secret police must be in a state of dilemma on whether or not to arrest renowned Islamic scholar, Ahmad Gumi.

“If you go and arrest him, you are going to provoke his supporters or the people he is working for and if you don’t arrest him, people will say why has he not been arrested as other people who acted in the same manner have been arrested? So, it becomes a very dicey situation that needs to be handled with care,” Ejiofor said in an exclusive interview with The PUNCH on Wednesday.

The ex-DSS director also said it was wrong for the controversial cleric to come out openly asking the Central Bank of Nigeria to pay N100m ransom demanded by the kidnappers of Greenfield University, Kaduna.

No fewer than 23 students and a member of staff of the university were abducted from the school on April 20, 2021. Few days later, five of the students were killed by the bandits.

On Monday, one of the bandits, Sani Jalingo, in an interview with the Hausa service of the Voice of America, demanded N100m and 10 motorcycles for the students to be freed.

He threatened that the failure of the Kaduna State Government or families of the students to meet the demands, would lead to the killing of the abductees.

Also, on March 11, 2021, 39 students of the Federal College of Forestry Mechanisation, Afaka, Kaduna, were kidnapped by bandits in the state. Out of the 39 students, 10 had so far been released, remaining 29 of them.

Speaking with The PUNCH earlier, Gumi, who recently recommended special courts to try bandits and kidnappers, said the government should not try the patience of the bandits.

“The money they are asking for is too much; if I give you that money, you cannot run away with it. Nobody can run. So, why not give them the money, they release the boys and then we pursue them and get our money back and do what is necessary; it is simple logic. So, bring the money from the central bank. How can they move that money? We should not be stupid,” the cleric said.

But the ex-DSS director said Gumi should not have come out openly to tell the government to pay ransom.

Ejiofor said, “I have never supported Gumi’s position because it is like he is now becoming an agent of the bandits but on the other hand, he cannot just come openly to tell government to pay (ransom). Even if the government will use backdoor to pay ransom, it shouldn’t be made public.”

“My concern is that this people in custody, in kidnappers’ den, we should do everything possible to ensure that they come out. Except you are not involved, or you are not affected, you will say people should not pay.

“We have serious security challenges facing the security agencies. Our security agencies are ill-equipped to fight this. You will remember the American who was kidnapped in Niger and brought to Nigeria, how he was rescued through the use of technology. There is nothing wrong with our government to use technology like drones to know exactly where these people are. Government should approach the issue of insecurity, especially kidnappings with technological driven operations,” the former ex-DSS director said.