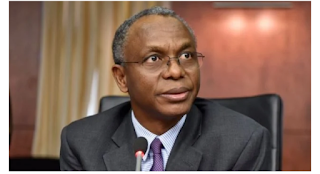 The Kaduna State Government has declared the chairman of the Nigeria Labour Congress, Ayuba Wabba, and others wanted.

The action by NLC led to the grounding of economic and social activities in the state with workers in the railway, aviation, medical sector and others joining the protest staged by the Congress.

Reacting, Governor El-rufai, in a tweet yesterday, said the NLC and its protest displayed some unlawful actions. He accused the Congress of “shutting down electricity, coercion and restraints of personal freedom, trespass into public facilities and denial of access to healthcare for several of our citizens.”

“They closed several hospitals and chased away the patients,” he added.

Giving an update today, El-rufai said Wabba and others at the NLC are wanted and that a handsome reward will be paid for information on their hideout.

“KADUNA UPDATE: Ayuba Wabba & others of @NLCHeadquarters declared wanted for economic sabotage & attacks on public infrastructure under Miscellaneous Offences Act. Anyone that knows where he is hiding should send a message to @MOJKaduna KDSG. There will be a handsome reward!” he tweeted.