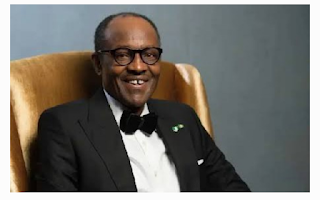 “Why should people like me be in the trenches at 93 and Baba Fasoranti at 95? Where are those in their 40s and 30s?” said Mr Adebanjo.

He added, “When we were at their (Nigerian youths) age, we were on the street, at Lagos, London, everywhere and when we were in the university. What we have today is jobbery where you can get somebody in the government to get you a job.”

The Afenifere leader urged the youths not to relent but to put the feet of Mr Buhari to the fire until he resolved the nation’s crises.

Mr Adebanjo, who spoke at the 95th birthday celebration of Reuben Fasoranti, a chieftain of the group, said it was shameful that the youth want the older generation to be at the forefront of fighting misgovernance in the country.

According to him, Mr Buhari ought to have resigned long ago if he “respects himself.”

In a rallying tone, Mr Adebanjo stated, “Where is the demonstration (of youths) in the country that the Buhari government must go?”

While recalling Afenifere’s agitation for self-governance years back, the nonagenarian explained, “The younger generation has failed the country. The country was not as bad as this when we were demonstrating for self-governance then. They (youths) want the old men to fight their cause for them.”

He also expressed concerns that Nigerian youths did not appear committed to a political idealogy. This, he said, was not a path of honour.

“You are PDP in the morning, APC in the afternoon, and SDP in the evening, and they say they are young. The youth should be ashamed of themselves,” Mr Adebanjo pointed out.