Abdul Mahmud: Buhari and the war on freedom - The Naija Weekly

Abdul Mahmud: Buhari and the war on freedom 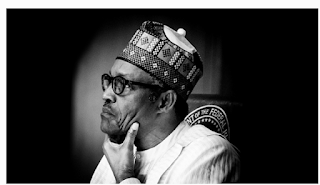 Freedoms have become ever more endangered in Buhari’s Nigeria.

Delusion is the natural result of the false presentation of personal competence and talent. The bad news here is that we are dealing with a delusional President who thinks his personal charm and personality traits (or what his ardent supporters describe as “Buhari’s body language”) make things happen (in truth, only bad things happen) and who considers governance as war and statecraft as warcraft. Just so we know, there’s even more bad news. We have a President who thinks that democracy is best deepened by the striking part of a hammer.

The illogic that democracy can best be deepened by hollowing out its bottom and setting up personal preferences for illusions – a fatal fallacy of enthroning the strongman’s leadership – makes him absolutist, a violator of the social contract that naturally exists between the leader and the led, is at the core of Buhari’s war on freedom. There’s no better example, indeed a more worrying example, that explains the illogic of hollowing out the bottom of democracy than Buhari’s suspension of twitter and the concomitant threat of criminal prosecution issued by his Attorney General against citizens who are defending their right to freedom of expression, guaranteed by Section 39 of the Constitution of the Federal Republic of Nigeria (with alterations) by logging into their Twitter handles through applications that expose the idiocy of his government.

The obvious needs to be expressed.

No nation that seeks growth, progress, prosperity and advancement can afford the luxury of being trapped by the messianic complex of a President who thinks he owes the nation no explanation for his bad behaviour.

The naive attempts of harking back the nation to the yesteryear of petulant behaviour, cowering and subjecting citizens to his whims and caprices, only highlight a dystopia that is destructive to the very essence of a free and open society. A few examples of his petulance that evoke the image of a child who throws out the toys in his pram in a fit of anger suffice here. When in 1984, late Dele Giwa, Ray Ekpu and Yakubu Mohammed asked him in a rare interview what his attitude to the press would be, he answered: “I will surely tamper with press freedom “. As his supporter, the journalist and Pulitzer Prize-winner, Dele Oloyede, expressed in his September 9. 1985 Newswatch magazine Op-Ed, ” His reason was that he was embarrassed with the allegedly missing N2.8 billion oil money reports which broke after he left the government of Obasanjo as Commissioner for Petroleum in 1979. And that was how the infamous Decree Number Four which stipulated a jail term for a journalist who published an embarrassing report about a public official, even if it was true, came into being”.

The former National Security Adviser, Sambo Dasuki, knew what was coming his way in 2015. No sooner Buhari came to power, he arrested and detained Dasuki for four years on allegation of corruption. Court orders granting temporary reprieve to the then embattled former National Security Adviser were disobeyed. As we already know, the allegation of corruption was half-cleverly used to mask the petulance of a man who found his payback moment for the role Dasuki (as one of IBB’s henchmen) played in toppling his military government in 1985.

We can as well add the current ban on Twitter as another example.

We are now at precisely the stage in which Buhari’s petulance has to be checked, as it poses a grave danger to the social contract as we all know it. Though what appeared once as delusional and petulant have now turned into an obsequious practice of acting tough and engaging in a desperate and futile flight into the past, in order to erase the strictures citizens successfully raised against him and his bad behaviour many years ago. One can only imagine the energy he dissipates in narrowing the spaces of citizens’ engagement and the closing down of every legal and legitimate avenue for citizens’ scrutiny of his government; and the time he spends in asserting and reasserting his bad behaviour, dictating poor statecraft that insists on poor habits that make our country the laughing stock of the world.

Here’s the truth. What we daily confront in him is that menacingly habitual truth of slavehood he has placed our country. The famous American poet, Ella Wheeler Wilcox, best-described slavehood in her poem, ‘Protest’, as the state in which we “sin by silence, when we should protest… right the wrongs of many… until the manacled slim wrists of babes are loosed… until mother bears no burden”. Think about this.

Whatever is, is much worse under Buhari.

The truth is, under Buhari our national idioms of truth, ethos, ethics, accountability, mutual respect and love have diminished to the point that the world keeps burying its mirth just to weep for us and mourn with us. But, the truth we know of him is not a new truth; it is an old truth that was hidden, now re-established as an affirmation of what and whom we know of him: the modern and absolutist king Louis XIV who wages cruel war against freedom.

As it is now evident to all, he is who he is: an anti-democrat, who is smug and resistant to the nuances of modern democratic governance and who consistently denies citizens their agency as interlocutors of the open society.

Our democracy under his watch cannot have meanings without citizens endowing it with the power of meanings. But, how is this endowment possible when he declares war on citizens’ freedom?

The answers are obvious. Firstly, he sees himself as his own rule-enacting potentate of the kingdom of unfreedom. Here, he believes he is superior to the Constitution, so he enacts his own rules that protect his bad behaviour. Worse still, he expects all to conform to these rules, even where they are issued from a mind that is not subject to reason. It is for this reason, and this reason alone, he elected to wage war against Twitter. Here’s a President who runs afoul of the rules of engagement of a micro-messaging platform seeking to impose his own rule on the global public as a given. Secondly, and more importantly, his propensity to ride roughshod on citizens’ freedom, a gallon of petrol on his right hand, matchbox on the other hand, and torch the Constitution of the State, suggests that his interest in power is driven by his “self-ascribed preferences” for the zero-sum game in which he vanquishes losers. In the real sense of loss, the losers aren’t his political rivals; but the ordinary citizens who continue to endure his cluelessness. The losers are we – the people whose freedom he has now declared war on.

No leader has ever defeated the people or won the war against freedom.