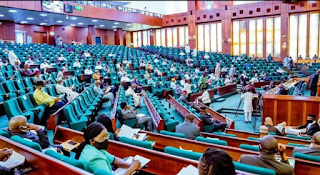 The House of Representatives’ Committees on Communications; Justice; Information and Culture; and National Security and Intelligence are to hold their inaugural investigative hearing on Tuesday (today) after the expiration of the 10-day deadline given by the leadership of the House to investigate the ban placed on Twitter by the Federal Government.

Speaker of the House, Femi Gbajabiamila, on June 8, 2021, said the leadership of the House had resolved to intervene in the decision that had pitched Nigerian Twitter users against the government.

The leadership had mandated the committees to carry out an investigation, including inviting Minister of Information and Culture, Lai Mohammed, to explain the rationale behind the ban and the legality of the action. The panel was asked to report back within 10 days.

The PUNCH had reported on Monday that the joint committee had yet to act on the directive.

However, the committee on Monday invited journalists to its investigative hearing scheduled for 10am on Tuesday.

Members of the minority Peoples Democratic Party in the House had staged a walkout in protest against the refusal by the Speaker, Femi Gbajabiamila, to grant their prayer that the ban on Twitter by the Federal Government be suspended pending when the chamber probes the matter.

Gbajabiamila had stated that the leadership of the House had resolved that the lawmakers needed to hear from both sides first before a legislative action was taken.