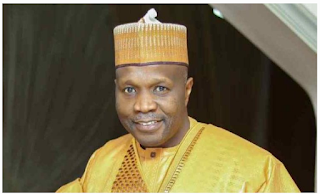 This was disclosed in a statement by the National Secretary APC Caretaker and Extraordinary Convention Planning Committee (CECPC), John Akpanudoedehe.

The party would formally inaugurate the committee on June 30 at the party’s national secretariat, Abuja.

He listed other committee members as Julius Ucha, Maryam Salifu, and Bukar Dalori, while Ijeoma Arodiogbu would serve as its secretary.

“In this capacity, the committee is expected to hear all appeals arising from the conduct of the primary election in line with the provisions of our party’s constitution and guidelines for the nomination of candidates,” said Mr Akpanudoedehe.

However, on June 14, 2007, barely two weeks and three days after his inauguration, Mr Uba was removed from office by a judgment of the Supreme Court which ruled that the tenure of the then incumbent, Governor Peter Obi of APGA, had not expired.

Therefore, Mr Uba’s election was declared null and void because the Independent National Electoral Commission (INEC) conducted it in contravention of the law, the court had said.

Mr Uba, who hailed from Uga, Aguata local government area in Anambra South, in April 2011, won the senatorial election to represent his district and served for two terms.