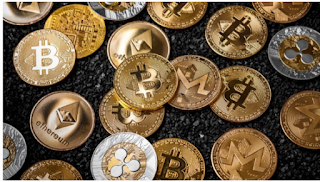 The group’s message is a response to a tweet from Friday, when the Tesla CEO posted a tweet that had Bitcoin’s symbol and a broken heart emoji.

The tweet sent the bitcoin market plunging during the day’s trading hours.

The video posted on Saturday, has garnered over 920,000 views on the platform and is titled, ‘Anonymous message to Elon Musk.’

In the 3 minutes long video, the hacking group voiced their plan to target Elon for causing fluctuations and eventually sending the price of cryptocurrencies plunging with his tweets.

The group accuses Elon Musk of destroying crypto holders’ lives with his memes and tweets, stating in their video:

“Reading from the comments on your Twitter posts, it seems that the games you have played with the crypto markets have destroyed lives. Millions of retail investors were really counting on their crypto gains to improve their lives.

This is something that you will never understand because you were born into the stolen wealth of a South African apartheid emerald mine and have no clue what struggle is like for most of the working people in the world.”

Anonymous maintained that Mr Musk’s “tweets this week show a clear disregard for the average working person.” and he continues to mock hardworking people who have had their dreams liquidated over his statements, while he tweets from one of his million-dollar mansions.

The video ends with a message to Mr Musk that says: “You may think you are the smartest person in the room, but now you’ve met your match. We are anonymous. We are Legion. Expect us.”

Mr Musk had announced that Tesla would stop accepting bitcoin as payment for its cars out of concern- that it will contribute to greater consumption of fossil fuels, instead focusing his campaign on dogecoin, a meme coin created as a joke.