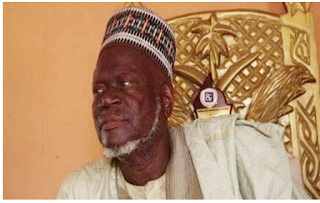 Banished Seriki Fulani of Igangan Alhaji Salihu AbdulKadir Thursday absolved himself of any alleged complicity in the recent attacks and killings in Igangan community of Oyo State.

AbdulKadir told reporters in Ilorin, Kwara state that neither him nor his family members were involved in the killings of innocent souls in Igangan since the crisis started.

The deposed Seriki alleged that members of Odua People’s Congress (OPC) killed eight Fulani men in Igangan and Elekokan, near Igangan during the week, calling on both Oyo State and the Federal government to probe the crises in the area with a view to bringing the perpetrators to book.

Alhaji AbdulKadir, however, hailed Governor Seyi Makinde for his matured reaction to the issue of the latest attacks in Igangan where scores of people were killed.

But, he alleged that the utterances of Oyo state Governor’s Special Adviser on Security Fatai Owoseni were tantamount to encouraging Sunday Igboho and the likes to foment trouble in the area.

AbdulKadir denied claims that one of his children was killed during the recent crisis in the town.

AbdulKadir said:” I want to tell the whole world that I and my family were not involved in Igangan crisis. Since the crisis began about four months ago we have relocated from Igangan. None of my children was killed in the recent crisis because they are not residing there anymore.

“The OPC people killed eight Fulani in Igangan and Elekokan village during the week. The utterances of Fatai Owoseni, Special on Security to Oyo State government show that the government is backing Sunday Igboho.

“I hereby urge both the federal and Oyo State governments to carry out full investigation into the whole crises in order to put a permanent end to the crises . It’s only when culprits are arrested, prosecuted and brought to justice that permanent peace can be restored to Igangan.

“We also have reports of how hoodlums on daily basis ambush vehicles in Igangan and kill any Fulani man found in such vehicles.”