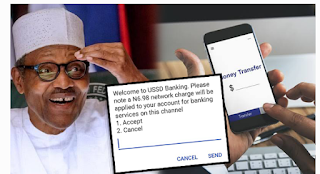 Commercial banks and mobile network providers have started charging customers a flat rate of N6.98 per transaction every time they use the Unstructured Supplementary Service Data (USSD) service.

“Effective March 16, 2021, USSD services for financial transactions conducted at DMBs (Deposit Money Banks) and all CBN-licensed institutions will be charged at a flat fee of N6.98 per transaction,” CBN and NCC spokesman Osita Nwanisobi and Ikechukwu Adinde had said in the statement.

The charges were part of the agreement reached when banks and telecommunication operators discussed the N42 billion debt with the apex bank and the NCC after network providers threatened to withdraw the service from banks as the accumulated debt remained unpaid.

In the statement, both the CBN and NCC assured that it would collect the new USSD charge on behalf of network providers directly from customers’ bank accounts and would not impose any extra charges on customers to use the USSD service. Both bodies noted the new payment arrangement would be cheaper for customers to enhance financial inclusion.

Nigerians have taken to social media to comment on the news USSD fee. 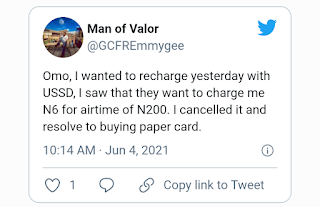 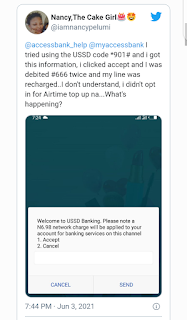 Their comments began to come in from Thursday and Friday morning. Attempts to reach Mr Nwasinobi for clarification proved abortive as phone lines were unresponsive.