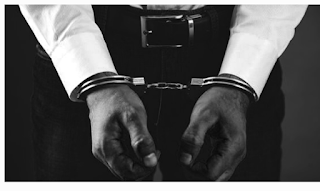 A 45-year-old man, Christopher, has been arrested for killing his wife because she refused to give him N2,000.

Mr Chritopher was accused of beating his 39-year-old wife to death on Saturday night at their Agbontaen Street home, beside Ebvareke Secondary School, Benin City.

The man was said to have beaten up his wife, Isoken Christopher, a mother of three, for refusing to give him N2,000.

The eldest child of the deceased, 13-year-old Augustine, explained that his father, a menial worker with a waste firm in Benin, always beat his wife.

Augustine narrated that his father made a phone call to his mother requesting N2,000. “Following the call, my father came home at about 9:00 p.m. and started beating her and accused her of always embarrassing him each time he requested for money,” said the teenager.

He added, “After the beating, I was trying to give my mother paracetamol and water that she asked me to get for her. My father took the water and drug from me and threw them away.

Similarly, a neighbour of the couple, Florence Obahiagbon, said, “On getting outside, we met the man beating his wife as usual, and we tried to revive her by pouring water on her because she was weak by then.

“We rushed her to two hospitals within the neighbourhood where they both said she was dead on arrival. We invited vigilantes that responded swiftly, and they caught the deceased’s husband, who was then trying to escape after committing the crime.”

The police spokesman in the state, Bello Kontongs, confirmed the incident.