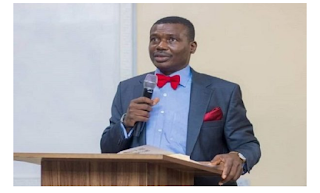 Senior Advocate of Nigeria (SAN) Ebun-Olu Adegboruwa has urged Nigerians to boycott any Federal Government-organised event to commemorate the June 12 1993 election following its suspension of Twitter and media censorship regarding its use.

The human rights activist said the spirit of June 12 represents “total freedom, free expression of the will of the people, justice, equality and respect for human rights,” which the decision to suspend Twitter use and forcing of media organisations to comply therewith contravened.

The President Muhammadu Buhari administration moved the traditional Democracy Day from May 29 of every year to June 12 in honour of the late Chief MKO Abiola, the presumed winner of the June 12 Presidential election, which was annulled by the military regime of General Ibrahim Babangida.

But in a statement in Lagos, Adegboruwa said it would be hypocritical of the government to claim to celebrate the ideals of the June 12 mandate, “when the same government is in gross violation of the freedom of expression by people it claims to govern, through its illegal ban of Twitter and the unwarranted censorship of all media organisations.”

As a mark of protest in rejecting the suspension, Mr. Adegboruwa asked all Nigerians of good conscience to isolate the government by boycotting all programmes and events that may be slated for the celebration of the June 12 election, until the exit of the present Buhari administration.

“We cannot continue to live in a nation where the exercise of the fundamental and constitutional rights of citizens depends on the personal idiosyncrasies of those in power, where the institutions of state are deployed whimsically, to settle personal grievances, as President Buhari is doing in respect of his personal dispute with Twitter, for which all Nigerians are now subjected to forced solidarity,” Adegboruwa said.

According to him, it was unfortunate that the National Assembly could not find its voice in support of the people of Nigeria “at this critical time when their rights are being trampled upon with crass impunity, by the executive arm of government.”