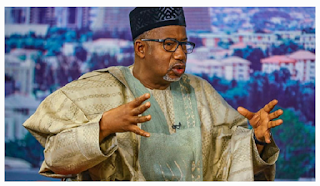 Mr Mohammed made the comment in Bauchi when officials of the Dangote Foundation paid him a courtesy visit on Tuesday.

The governor said some residents of the state held Dangote in high esteem because the businessman had been lending support in terms of empowering women and the vulnerable in the country.

“He [Dangote] is not only building institutions like education and health all over the world, but also going down to the vulnerable groups, the informal sector that is keeping Nigeria and putting food on the table.

“By this foresight he has shown that at least he understands Nigeria better than most of us that are politicians because he knows the people taking care of the family,” said Mr Mohammed.

The governor, however, pleaded with the Dangote group to invest in Bauchi State, adding that the state was one of the most peaceful states in Nigeria.

“We know the pedigree and capacity of Dangote group, what they set out to do, they do it scientifically and systematically.

“I’m pleading with you to come and look at what we have here. We have peace in Bauchi and your investment will be protected because it’s the most peaceful state in Northern Nigeria,” he said.

Earlier, Monsur Ahmed, Group Executive Director, Dangote Foundation, who led the officials on the courtesy visit, said the Foundation was committed to working with the state government to explore opportunities that would bring economic activities to the state.

He said such investments would enhance opportunities for all the people of the state, particularly jobs for the youth.