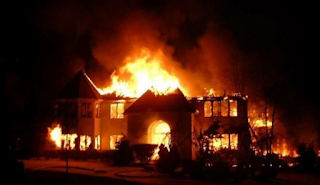 A fire broke out in a state reform centre for juvenile delinquents in Cairo, leaving six children dead, a security source said on Friday.

Nineteen other children were also injured in the fire that happened Thursday night in the institute located in the Cairo suburb of al-Marg, the source added.

The blaze was caused by an electric short circuit in the children’s ward, the source said.

The fire was later brought under control.

Prosecutors ordered a supervisor in charge of the victims’ ward to be remanded pending questioning, the source added without elaborating.