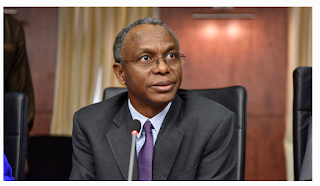 Kaduna governor Nasir El-Rufai says his administration was in consonance with Miyetti Allah Cattle Breeders Association to select 1000 herders to be settled at the proposed Damau cattle ranch.

The Kaduna State Government signed a Memorandum of Understanding (MoU) with Arla Foods International, on Wednesday, to establish the multi billion naira commercial dairy farm in  the state.

Mr El-Rufai, while signing the agreement in Kaduna that the company will develop Damau Milk farm, empower local livestock breeders and promote sustainable dairy development in the state.

He said the initiative will stabilise 1000 nomadic herders and their families.

“The diary company will be settling one thousand nomads, not necessarily the Fulani families, and will provide them with houses, schools, primary health centres and veterinary clinics.

“Their cows are expected to produce not less than 20 to 30 litres of milk daily compared to other cows that produce one to three litres daily.

“Their income is also expected to multiply 20 to 39 times, hence being far more prosperous to those that are nomadic,” he said.

Mr El-Rufai said that the Damau project has progressed well since Arla and the state government laid the foundation on January 17, 2020.

He further said that the project would solve current security problems and create a safer and more productive way to raise livestock, devoid of persistent farmer-herder clashes.

“The project laced with an economic and medium term investment is aimed at ending insecurity.

“The MoU with Arla is a positive step that is expected to be developed and replicated in other parts of the state.

“If the project is replicated across the State, instead of one out of the 17 grazing reserves, normalcy will return to the state,” he said.

According to him, the parties signed the service level agreement that unlocks further investment from Arla.

“With the development of the ranch, other nomads will realise that there are other means of raising livestock without having to encroach into people’s farms and causing problems.”

The governor disclosed that the state is partnering with Miyetti Allah to select the 1000 beneficiaries, adding that “applicants will be vetted and must not have any criminal records. It will be a transparent process”.

El-Rufai thanked the CBN for agreeing to lend Kaduna State N10 billion to ensure the success of the project while Arla is investing 15 million euros.

“So if this works, we are hopeful to get our money back, sleep well at night and also send a message that it’s possible to do this without all the problems that we have seen”.

He prayed that the agreement signed by both parties will guarantee a good investment in the near future.

Mr Pedersen said signing of the MoU will be a guide for both his company and the state government, as well as  an indication for his company to kickstart investment immediately.