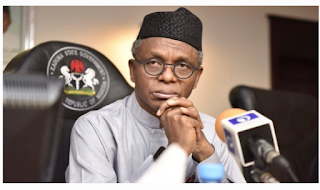 The labour group vowed to use every legitimate means to protect the right and dignity of the workers.

NLC president Ayuba Wabba said this on Tuesday in Abuja in a statement, Kaduna Workers are not slaves — They have rights.’

”Especially as occasioned by increasing waves of kidnapping, banditry, general insecurity, a mass sack of workers and killing of students peacefully protesting the hike in school fees at Gidan Waya, Kaduna state. This situation is being encouraged by the neo-liberal policies of the Kaduna state government.

”The Nigeria Labour Congress will not fold its arms and watch a situation where thousands of workers are sacked with impunity and in clear violation of the clear provisions of our labour laws,” he said.

“Workers are not slaves. They have families. They have dependents to take care of. They have rights. Protecting the rights and dignity of workers using all lawful means, including strike actions, falls under the mandate of the Nigeria Labour Congress,” Mr Wabba asserted.

He added, ”This mandate to protest and protect the interest of Nigerian workers as enshrined in Nigeria’s constitution and labour laws will be robustly deployed again by congress in Kaduna.

”The Nigeria Labour Congress will not allow such to thrive in spite of El-Rufai’s threats, some of which border on outright criminality and brigandage. We will continue to request the understanding and maximum cooperation of the Nigerian public in this struggle to rid our democracy of tyrants.”

Mr Wabba argued that there was nowhere in the world governments hide under cover of “right-sizing” to sack workers.

”We insist that the rights of Kaduna state workers earn legitimate livelihood must be protected. Kaduna workers are not slaves,” he said.