Hawkers crushed to death on Lagos-Ibadan Expressway - The Naija Weekly 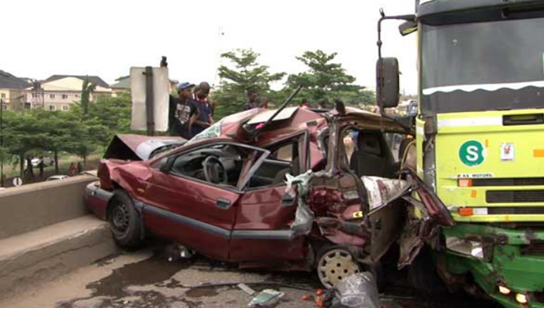 Two female hawkers were on Friday crushed to death by a truck around Lotto, inbound Lagos on the Lagos-Ibadan expressway.

Mr Akinbiyi explained that the incident occurred around 3:30 p.m., saying that the driver of the truck, marked SMK 82 XY, lost control, skidded off the road and rammed into two female road-side hawkers, killing them on the spot.

The TRACE spokesman stated that three other people were injured in the accident.

Mr Akinbiyi said “the truck has been taken to Mowe Divisional Police Station, with the driver in their custody.”

He said that the deceased were deposited at the Idera morgue in Sagamu while the injured were taken to Famobis hospital, Mowe.

He commiserated with the family of the deceased, while urging motorists to avoid excessive speeding and reckless driving on the road.