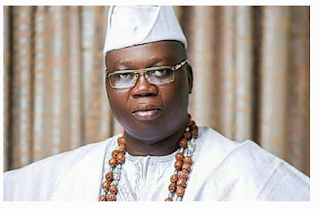 Yoruba leader Gani Adams says the north has declared war on the southwest.

Mr Adams, who holds the traditional title, Aare Ona Kakanfo (Generalisation of the Yorubas), made the declaration while reacting to the Sunday morning gruesome killing of at least 20 persons in Igangan, a town in Ibarapaland, Oyo State.

The area has been a hotbed of inter-ethnic conflict between nomadic Fulani herdsmen and the predominantly agrarian natives.

Yoruba activist Sunday Adeyemo had months ago ordered the Fulanis out of the area, accusing them of masterminding the heinous crimes that pervades the communities.

“This is one killing too many, I will not fold my arms seeing the blood of innocent people being shed like it is in Igangan,” he added.

He urged all governors and traditional rulers in the region to take action against the wrongful invasion and destruction done against the people and put adequate defence in place.