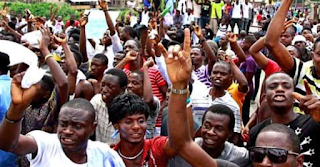 The President, National Association of Nigerian Students, Sunday Asefon, on Tuesday, lamented the worsening insecurity in the country and the ripple effects on students who fell victim to kidnapping and banditry at will.

Asefon, who bemoaned the kidnap of over 200 students of Islamiyya School in Rafi Council area of Niger State, said NANS had relocated its national headquarters to the North Central State pending when the students would be released, adding, “Nigerians have to come together to see what can be done on the issue of insecurity”.

The NANS boss, who spoke in a chat with journalists in Ado Ekiti, unveiled the students’ body’s national plan to ensure they played their part in ensuring a safer school, including the declaration of days for prayer and protest.

“I hereby declare June 12, 2021, as the National Day of Peaceful Protest to call on the government to act decisively towards addressing insecurity in our schools, campuses and also announce a proactive measure or strategy towards ensuring safer schools.”

Asefon, while responding to a question on the choice of Democracy Day (June 12) for students’ protest, queried, “What are we celebrating as democracy when many of our students are in kidnappers’ den?