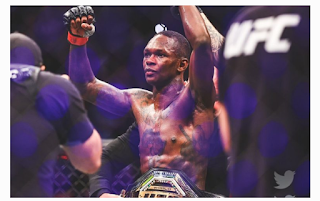 The match took place at Gila River Arena in Glendale, Arizona on Saturday before thousands of fans.

Adesanya, 32, bounced back from a disappointing heavyweight challenge against Jan Blachowicz at UFC 259 to retain his middleweight title on Saturday.

The Nigerian fighter joined UFC roster in 2018, 5 years ago but has morphed into one of the strongest fighter in the world after defeating the likes of Paulo Costa, Robert Whittaker and Anderson Silva to establish his name in the game.