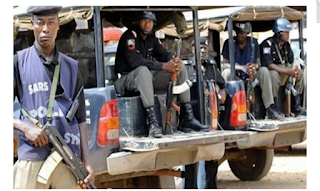 Police in Osun state on Tuesday evening arrested the custodian of the Masquerades, Chief Kayode Esuleke, that allegedly clash with Muslim worshippers inside a mosque in Osogbo capital of Osun,The Nation learnt.

The Nation reports that one cleric was killed while 14 Muslims sustained various degrees of injuries during the clash with masquerades inside the Kamorudeen Mosques at Olu-Ode Arinyin area, Osogbo on Sunday.

Governor Adegboyega Oyetola has ordered that the police should probe the case noting that Osun State is a peaceful state which allows religious tolerance.

It was gathered that Cheif Esuleke was arrested by the police on Tuesday evening.

The Spokesperson of Police Headquarters, Osun State, Yemisi Opalola confirmed the arrest to The Nation on Wednesday.