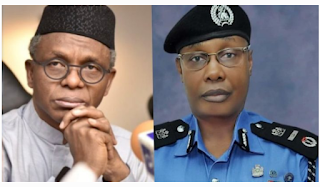 The use of “minimal force” killed a Kaduna College of Education student, the police have disclosed.

But the college provost Alexander Kure claimed he did not know why the students protested, adding that one of them was killed on a highway, not inside the school.

Mr Kure said, “The incident happened on the highway and not inside the school. I was told by the security that one student was killed and another injured.

“The school was shut yesterday (Sunday) for the mid-semester break, and students are to resume next Monday. I do not know why they were protesting. I am not privy to happenings outside the school.”

In a statement, the police command in Kaduna explained that its use of minimal force resulted in the killing of the student.

“Monday 28 June 2021 at about 8:00 a.m., the command was informed of protest and road blockade by students of College of Education, Gidan Waya, Kafanchan, over the recent increase in tuition fee by the Kaduna state government,” said the police.

Continuing its report of what happened, the statement added, “On receipt of the information, the command immediately dispatched operatives to restore normalcy. The contingent professionally and successfully dispersed the protesters and warned them not to embark on further protest and road blockade.”

The police command in Kaduna said its operatives were again forced to disperse the students because they clashed with a “military sector commander’s convoy.”

“However, at about 9.30 a.m., information has it that the students re-converged again and blocked the Gidan Waya – Kafanchan federal highway and were becoming unruly and riotous. At a point, the protesters blocked the convoy of a military sector commander, injuring him and one other.

“The situation resulted in a fracas where three protesters were injured in an attempt to use minimal force to disperse the riotous students. The victims were taken to the hospital for medical attention, but unfortunately, one person died while receiving medical attention,” said the police statement.

Reacting to the killing and protest, the Kaduna government said in a statement by its spokesman Samuel Aruwan, “In the preliminary report received so far, one student lost his life and some others were wounded, while three security personnel also sustained injuries.

“The government of Kaduna state also wishes to debunk reports that it deployed security operatives to suppress protesting students. The government will publicise its findings after receipt of the expected reports.”