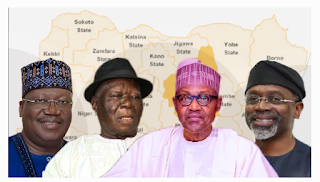 Elder statesman and Ijaw leader Edwin Clark has called for a national dialogue in the country as he insists that all Nigerians are not equal.

He also urged President Muhammadu Buhari to call for a national dialogue to discuss the country’s security challenges.

He made the call on Monday while briefing journalists in Abuja on the state of the nation.

Mr Clark stated, “I appeal to the President to convoke a national dialogue over insecurity and general violence with Nigerians of various ethnic nationalities.”

He said any law banning open grazing by state governments was legal and binding on any person or group of persons.

“The various calls by groups for secession and break-up of the country is not healthy. The president needs to have a peaceful government until he leaves office in 2023.

“We must build a united Nigeria where all citizens are equal and have equal opportunity to aspire to any position in their God-given land without being subjugated or reduced to becoming subjects without any rights in their own country,” Mr Clark said.