No new constitution, no progress for Nigeria, Ozekhome insists - The Naija Weekly

No new constitution, no progress for Nigeria, Ozekhome insists 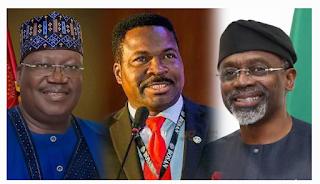 Mike Ozekhome has insisted that Nigeria will not progress as a nation without a new constitution that adequately reflects Nigerians’ aspirations and realities.

The lawyer made the assertion on Thursday at the ‘Ladi Adebutu Good Governance Symposium’ in Abeokuta.

He submitted that Nigeria operated under a “suffocative system” due to the 1999 Constitution, which he branded a “false document from the pit of hell.”

Mr Ozekhome declared that Nigeria, as a nation, could be divided if those in authority did nothing to change the current things.

“The National Assembly members are afraid; they want to amend. Can you amend a bad document? Even if you give it one million amendments, it cannot solve our problems,” he argued.

“So, they can therefore make a law using section 4, promulgating constituents of the people. That same law provides a referendum. The National Assembly is saying it cannot give a new constitution. It can facilitate and midwife under section 4.

“The process that gives people a new constitution is subject to a referendum. That’s my position, and that is what will make Nigeria work.”