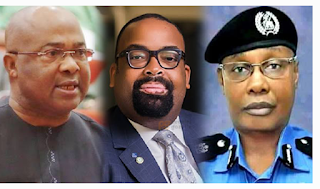 The Nigerian Bar Association in Imo has accused the police of illegally arresting and detaining innocent people in the state.

Therefore, the NBA has set up a helpdesk to collate data of persons arrested and detained unjustly by the police in Imo.

This is contained in a statement issued by the association’s spokesman, Uzor Enwere, in Owerri on Thursday.

According to the statement, the helpdesk will address wanton arrest and detention of innocent residents of Imo to ensure their release.

He stated that the NBA’s Committee on Human Rights would coordinate the desk at the NBA Centre, and complaints received would be taken up with the appropriate quarters.

“Considering that the courts are not sitting, the helpdesk will collate the names of innocent persons unjustly arrested and detained for the purpose of securing their release.

“This approach is dictated by the precarious security situation in Imo at the moment, which has the semblance of war situation.

“The outcome of our interactions reveal that there is more to the situation than meets the eye,” Mr Enwere stated.