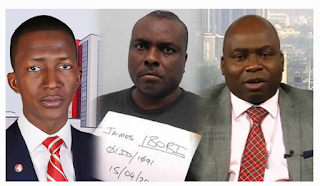 The Independent Corrupt Practices and other Related Offences (ICPC) has explained why corruption remains endemic in Nigeria.

Among other things, the anti-graft agency said lack of laws and policies implementation had been a major challenge in the fight against corruption in Nigeria.

The ICPC Chairman, Bolaji Owasanoye, made the assertion on Tuesday in Ibadan at a ‘Stakeholders’ Zonal Dialogue on Implementation of the National Ethics and Integrity Policy, South-West Edition.’

Mr Owasanoye, represented by a member of the agency’s board, Olubukola Balogun, noted that the loss of truthfulness, nationalism, and respect for human dignity was fuelling corruption in the country.

The ICPC boss explained, “The National Ethics and Integrity Policy is a child of necessity.

“It was conceived and delivered out of the urgent need to resuscitate and rejuvenate our list values of honesty and integrity as a nation.

“The values of yesteryears of truthfulness, nationalism, and respect for human dignity have been lost on us. That is why corruption has become so rampant in society.”

He added that it “is in recognition of the pivotal role value reorientation plays in the fight against corruption” that ICPC initiated the National Ethics and Integrity Policy.

Mr Owasanoye pointed out that the national ethics and integrity policy was different from other obsolete policies.

Explaining why, he stated, “It is people-driven and not government-driven, as it contains features such as consequence management and implementation template with stakeholders sensitisation dialogue, which will be held across the country on a zonal basis,” he disclosed.