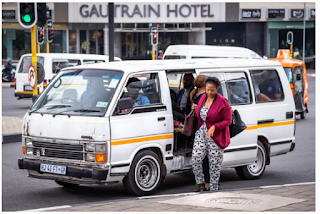 At least seven persons have been killed in taxi-related shootings, reveals South Africa’s Public Transport and Road Infrastructure as it expresses concern over rising gun violence in the country.

The country’s Gauteng member of the executive council for Public Transport and Road Infrastructure, Jacob Mamabolo, said this in Johannesburg.

“We call on law-enforcement agencies to deal harshly with the perpetrators of this violence.

“Members of the public should be protected against those who are hell-bent on causing instability in the taxi industry and threatening the lives of commuters and other motorists,” Mr Mamabolo said.

There were four taxi-related shootings in Western Cape in the past week, killing at least seven people.

Similar incidents also happened in other provinces such as Gauteng and Kwazulu-Natal as the taxi industry fights for routes and other reasons.

Mr Mamabolo said there had been an increase in patrol cars that involve taxi violence.

“Incidents of illegal impounding of vehicles, attacks on other transport modes, and violence between associations are alleged to be the work of squad/patrol members, often leading to instability and violence.

“We, therefore, appeal to taxi associations to avoid further bloodshed.

“We reaffirm our commitment to improve, modernise, integrate and create a gun-free taxi industry,” he added.