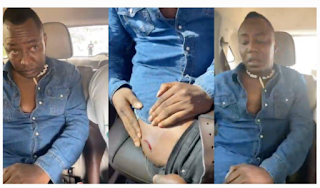 PRESS RELEASE BY THE CIVIL SOCIETY CONSORTIUM ON CIVIC SPACE

The Civil Society Consortium on Civic Space condemns in the strongest of terms the tear gas cannister fired at Omoyele Sowore by a Police Officer at the Unity Fountain in Abuja.

The attack on Sowore is an attack on the Civic Space, and our collective freedom to assemble and engage the Government of Nigeria at all levels.

This attack is one too many, and we want the Federal Government of Nigeria to desist from acts that endanger the lives of its citizens and threaten democracy, forthwith.

The Unity Fountain is being used by different groups to campaign for their causes, particularly those supporting government’s policies. It is not fair, just and equitable to deny those who have contrary or dissenting opinions the opportunity to access and use the same venue as the governmental nongovernmental organizations.

As a Consortium, we see this as a direct attack on all of us. The attacks on peaceful protesters by the government of President Muhammadu Buhari has become a recurring decimal which spells doom for our growing democracy, and an already tensed and insecure society.

We urge the President Muhamadu Buhari led government to allow Nigerians express themselves freely without fear of being attacked or worse still losing their precious lives. The Nation is already faced with a myriad of security challenges, ranging from killer herdsmen, to kidnappers, bandits, and unknown gunmen, and it will be unfortunate to add the government and its security agents to the list.

We are calling on the Acting Inspector General of Police Usman Alkali Baba, to call his men to order and order the immediate suspension of the Officer at the center of this shooting. We are requesting for a thorough investigation of the circumstances that led to the shooting of Sowore at the Unity Fountain in Abuja.

It is a known fact that the Right to Assemble is a Fundamental Human Right of every Nigerian citizen, guaranteed by the 1999 Constitution of the Federal Republic of Nigeria, as amended.