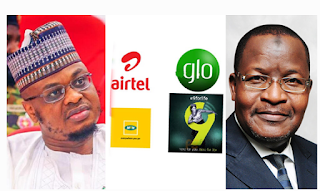 Mr Pantami had earlier implemented the NIM-SIM link protocol with several deadlines cancelled. The current deadline for a telephone user in the country is now June 30.

Mr Pantami sanctioned the licence review, which reportedly took place 20 years ago. The NCC is one of six agencies that the minister superintends. Others are NITDA, NIPOST, NIMC, NIGCOMSAT, and Galaxy Backbone.

The NCC has at least 8,000 licensees listed on its website. According to the commission, an “international cable infrastructure and landing station” licence costs $210,000 for 20 years.

NCC’s spokesman Ikechukwu Adinde disclosed in a statement on Tuesday that the move demonstrated its responsiveness to global trends in the information and communications technology ecosystem.

Mr Danbatta, while inaugurating the committee, stated that the current licensing structure was almost 20 years old.

“Therefore, it is evidently clear that this standing committee, drawn up from competent hands in various departments of the commission, is perfectly suited and capable of addressing the enormous task of reviewing the existing license structure of telecom licensees in Nigeria,” he explained.

Mr Danbatta noted that the committee’s work would be carried out in phases to ensure effective delivery of its task and enable the commission to institute a process that will review the terms and conditions of the various licence categories.

He outlined seven-point deliverables expected of the committee to include a comprehensive review on existing licences, a report and recommendations on consultative fora, and a report on recommended new licence undertakings.

These would be in addition to recommended solutions, and an updated regulatory framework for new and amended licenses as the case may be, and a final report on the project with all relevant recommendations.

Mohammad Babajika, NCC’s director of Licensing and Authorisation and chairman of the committee, promised to act accordingly.

A new draft framework for new and amended licences was expected at the end of the committee’s assignment and after due consultations with industry stakeholders.