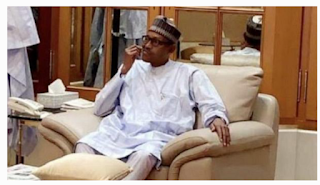 Often criticised for apparent inertia and nepotism, President Muhammadu Buhari is unaware of some critical things that happen in Nigeria, says Governor David Umahi of Ebonyi.

The former PDP governor who recently defected to the ruling party at the centre, APC, reasoned that since there are things that happen in the country that Mr Buhari does not, he should not be held responsible for an issue like marginalisation.

According to him, President Muhammadu Buhari is not present in states and has no idea what happens, adding that Mr Buhari could not have known when an Igbo person is denied a promotion or appointment.

Mr Umahi further argued, “My position is this: there are certain things that happen in this country that the president, even the minister, will not be aware of. When, in a particular ministry, someone from the South-East is due for appointment or promotion, and he is not appointed, how will Mr President know about this?”

“My position is that we should articulate all our grievances. And let the youths give us the opportunity and the chance to engage the centre (Mr Buhari’s regime). Some of these grievances like the one I just explained now.”

He urged aggrieved Igbos, particularly their youths, to engage their leaders across the South-East states in a dialogue to resolve any perceived marginalisation.

“Some of these grievances we may take them on our own and look at the issues, and then we will be able to say this is good. This is not good,” Mr Umahi explained in an interview with Channels TV.

He added, “For example, I never knew that somebody from the South-East is second in command in the navy or the air force. I can’t remember. We need to know some of these things so that when these complaints are made internally within the South-East so that we can all sit down and discuss them.

“I cannot say the South-East is not marginalised, but it cannot be in totality.”