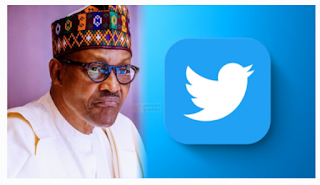 Minister of Information Lai Mohammed has insisted that Twitter is a threat to Nigeria’s national security.

According to Mr Mohammed, the persistent use of Twitter in Nigeria undermines the country’s corporate existence, which threatens national security and sovereignty.

He reiterated his stance in a statement released on the official page of the Federal Ministry of Information and Culture on Tuesday.

Mr Mohammed also insisted that President Muhammadu Buhari would not reverse the Twitter ban until the microblogging platform was licensed by NBC, alongside other social media platforms.

The minister explained, “When I released the statement on Friday the 4th of June, I was very unambiguous. I said the operation of Twitter is suspended indefinitely because the platform has consistently and persistently offered itself to promote activities which are inimical to the corporate existence of Nigeria.

“I went further to say that Henceforth all OTT and other social media platforms in the country will have to register as Nigerian companies and then be licensed by the Broadcasting Commission. This is a global practice.”

Mr Mohammed added, “On the other hand, I went further to say that henceforth all OTT and other social media platforms must register in Nigeria because they make a lot of money from our country.

“They pay no taxes, and we believe it is only right. In other parts of the world, they register they pay taxes.”

The federal government’s Twitter ban is considered a means to repress freedom of expression and commercial opportunities in Nigeria but Mr Mohammed said, “any patriot should commend the moves of the FG in respect of these measures.”

He added, “I know people have come to say this move is to stiffen press freedom. I say No, there are very few countries in the world today that have freer media than we have in Nigeria. And that’s a fact.”

Mr Mohammed urged Nigerians “who want to express themselves” to use Facebook, WhatsApp, Google Hangouts, and other applications.

“Really, this is about national security and sovereignty,” he said.