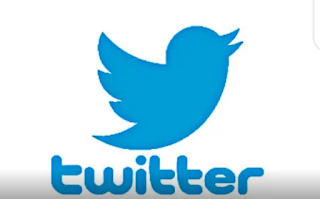 Hours after the Federal Government announced the banning of the operations of the microblogging platform, Twitter, several government officials, appointees and agencies of government have continued to use the platform.

The announcement signed by Special Assistant to the President (Media), Office of the Minister of Information and Culture, Segun Adeyemi, was posted via the ministry’s official Twitter account at 4.53 p.m.

The tweet has since generated over 7,000 comments, 19,000 retweets and 11,000 likes. Unfazed by the government’s decision, Nigerians have deployed the use of Virtual Private Network (VPN) to bypass government restriction of Twitter.

Many Nigerians have since taken to Twitter to mock and condemn the ban on the social media platform using numerous hashtags including #Buharimustgo, #TwitterBan, Malami, Using VPN, google authenticator, Abacha, VPN App, Opera and My Twitter.

Nigerians who still operate their Twitter accounts are surprised that some notable Nigerians have joined them in the use of VPN to access the banned platform.

The notable persons include Governor Seyi Makinde of Oyo State, who appealed to the Federal Government to rescind the ban on Twitter operations.

But many more Nigerians were caught unawares, as they could not access the platform on the mobile phones from Saturday morning.

They, were, however, assisted with the massive sharing of VPN link across many other platforms by ICT savvy Nigerians.

Makinde, in a statement posted on Twitter, asked the Federal Government to “go beyond emotional reactions to issues and think about how our actions will affect the people we lead and our international ratings socially and economically.”

In the same vein, a former governor of Ekiti State, Ayo Fayose, also took to Twitter to condemn the ban, calling on other social media platforms, including Facebook and Instagram to deactivate all accounts associated with President Buhari and his government.

Sunday Tribune reports that Nigerians who are still connected to Twitter were able to do so using masked IP addresses from different countries of the world using VPN. Sunday Tribune reliably reports that government officials, appointees and agencies of government have continued to use the banned social media platform to publicise government activities and personal issues, thus risking prosecution.

Below is the timeline of activities they carried out on Twitter after the ban.

Official Twitter account of the Office of the Speaker, House of Assembly, Femi Gbajabiamila, also announced the speaker’s call for stronger diplomatic ties with Canada in a series of tweets between 5.23 p.m. and 8.27 p.m.

At 5:33 PM on Friday, he tweeted a photograph of the president holding a customised Super Eagles jersey alongside the Minister of Youths and Sports, Sunday Dare and Nigeria Football Federation (NFF) President, Amaju Pinnick.

The tweet has the caption: “Nigeria’s Number 1. @MBuhari” and the emoji of the Flag of Nigeria.

Ahmad further tweeted using the ban platform to intimate his over almost one million followers of his other social media accounts. He dropped another comment at 8:14 PM and another which has since been deleted.