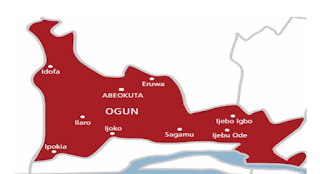 Two female fish sellers in the early hours of Monday died when the vehicle (taxi) conveying them from Kobape to Abeokuta ran into the rear of a broken-down truck carrying explosive materials along Abeokuta – Kobape – Sagamu expressway.

The accident which occurred around 5.45am at the Adedero village corridor of the Abeokuta – Kobape – Sagamu expressway also left three males with grave injuries.

The Spokesman of the Ogun State Traffic Compliance and Enforcement Corps (TRACE), Babatunde Akinbiyi, who confirmed the accident and casualties, attributed the cause to reckless driving and poor visibility.

Akinbiyi said the taxi driver ran into the broken-down truck on the slow lane, explaining that the injured and the dead were evacuated separately to the State Hospital, Ijaiye, Abeokuta.

According to him, N230, 620 was also recovered from inside the Taxi and handed over to the family of the dead.