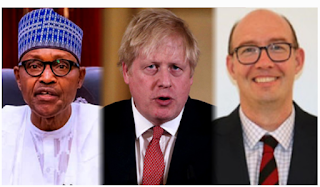 In the latest update of its travel advisory obtained by Peoples Gazette, the United Kingdom has warned its citizens of a possible outbreak of violence in Nigeria as the country celebrates its Democracy Day on June 12.

The UK government’s Friday update said, “On 12 June, protests over insecurity are planned in multiple locations, including large cities. You should remain vigilant, avoid demonstrations, protests or large gatherings and pay attention to local media and social media reports on protest locations.”

It noted that the Nigerian police launched ‘Operation Restore Peace’ on 19 May to deal with the recent increase in insecurity in South-South and south-eastern states.

“This may lead to an enhanced security presence on the ground. There is no indication as to how long this operation will last,” the UK pointed out. “You should exercise caution whilst travelling in the region.”

The travel advisory further explained that in southern Nigeria, curfews were imposed in response to reports of attacks on security personnel, police stations, and checkpoints.

“In Rivers, the state-wide curfew was extended from 11 May and is now in place from 7:00 p.m. to 6:00 a.m. Other curfews may be announced at short notice.

“We advise you to follow local news and information outlets to remain informed,” the UK stated.