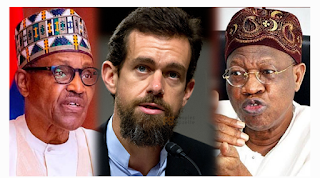 The announcement came a day after the Buhari regime announced it was banning the social network giant across the country, citing abuse and insecurity.

The action has faced criticism and widely described as illegal and undemocratic.

“We are deeply concerned by the blocking of Twitter in Nigeria. Access to the free and #OpenInternet is an essential human right in modern society,” the firm said in a statement posted on its Public Policy handle. “We will work to restore access for all those in Nigeria who rely on Twitter to communicate and connect with the world.”

Telecom firms, including MTN, Glo and 9mobile, have confirmed receipt of the government’s directive to ban Twitter.

Some Nigerians have started using VPN and Tor browsers to bypass the restrictions, but millions of citizens are still cut out and yet to find their way around the ban.