Will Smith set for variety comedy show on Netflix 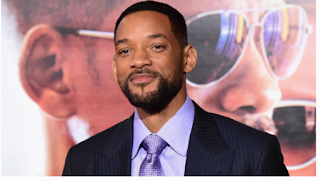 Award winning American actor, Willard Carroll Smith, popularly known as Will Smith will be bringing back his glam and charm on screen as he is set to star and host a variety comedy special for streaming platform Netflix.

The variety comedy special by the ‘Fresh Prince’ will air exclusively on Netflix.

According to reports, the show will entail a number of comedy sketches, good company of other celebrity guests to engage in steamy noteworthy conversation, and a good amount of rich musical performances from music artists.

The 52-year-old American actor and rapper will also be producing the show alongside other producers like Terence Carter, Miguel Melendez, Sahara Bushue, and David Boorstein.

Will Smith is also working on other projects, one of which includes “Bel-Air”, a recreation of  his first project “fresh prince of bel-air”.

The variety comedy show has already been picked by U.S. televisions and set to air for two seasons.