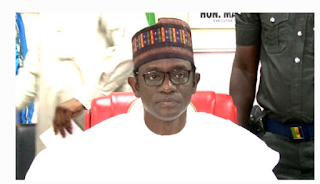 This notice was contained in a letter sent to the Independent National Electoral Commission (INEC) and signed by National Chairman, Mai Mala Buni and Secretary, Senator John Akpanudoedehe, on Tuesday July 6th. The party leadership said that it has reschedules its congresses and national convention to a later date that will be communicated to the commission.

“We refer to our letter reference number APC/NHDQ/INEC/19/021/20 dated 10th June, 2021 on the above subject and wish to inform the commission that the party has rescheduled its Congresses and National Convention to a later date which will be communicated to you,” the letter read in parts. 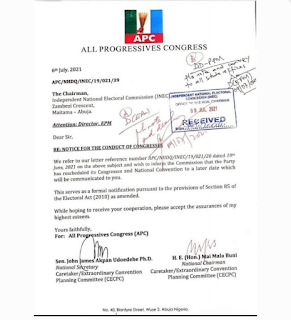 ”This serves as a formal notification pursuant to the provisions of section 85 of the Electoral Act (2010) as amended.” it added.

The Buni caretaker committee came into power after former National Chairman Adams Oshiomhole was ousted via a court ruling and the National Working Committee of the party subsequently dissolved by the National Executive Council under the influence of President Muhammadu Buhari in June 2020.

The caretaker committee which had initial six-month tenure to conduct a fresh national convention to elect new party leaders has had its tenure extended twice.