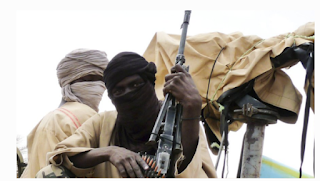 Bandits who abducted students of Salihu Tanko Islamic school in Tegina, Niger State have kidnapped a man sent to deliver a N30 million ransom to secure the release of the school children.

The parents reportedly raised the ransom by selling their land and properties which they sent the delivery man, after which the bandits called up the school’s headteacher to say that the money delivered was not the agreed sum, the BBC reported on Sunday.

The development came days after the bandits received N20 million as part payment for the ransom, with an additional N30 million yesterday through the elderly intermediary now being held alongside the students.

Armed bandits invaded the town on May 30 and abducted about 116 students, after killing one person and injuring another.

The parents and school administrators negotiated with the criminals and agreed to pay an undisclosed amount. They also sold part of the school’s land as well as other possessions before they managed to raise N50 million.

Abubakar Alhassan, the headteacher, said six people were sent with the correct amount to meet the kidnappers near the forest but they demanded that an elderly man amongst them should follow them into the forest to count the cash, the BBC said.

The bandits later called to complain that the money counted was not sufficient.

“Parents are now resigned to fate. They say they can’t raise any more money. They are now relying on God,” Mr Alhassan told the BBC.

In response to the abduction, the Niger government says it has converted all boarding schools to day schools and bought over 2,000 motorcycles to stem the rising tide of abductions.

It added that negotiations had begun with bandits responsible for the kidnapping of the pupils.

President Muhammadu Buhari also charged the nation’s security and intelligence agencies to rescue the kidnapped children, which has yet to be actualised nearly two months after the mass abduction.

Thousands of schoolchildren have been abducted in Nigeria since January this year alone, with parents and school authorities parting with large sums in ransom payments.