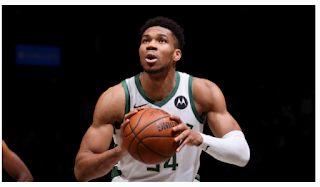 After going down 0-2, the Milwaukee Bucks won 4 straight games including game 6 to close out the NBA finals and emerge champions at home.

Giannis Antetokounpo had one of the all time NBA Finals performances with 50 points, 12 rebounds and five blocks and two assists. Even more impressively, he made 17 of 19 free throws.

Giannis becomes just the third player in NBA history to win a regular season MVP, Finals MVP and Defensive Player of the Year.

The game itself started very quickly for the Bucks as they raced to a 29-16 lead to end the first quarter.

The Suns fought back in the second quarter and lead 47-42. At the end of the third quarter, the game was tied at 77 but the Bucks played the fourth quarter with intent and ultimately the Suns couldn’t find an answer.

This is the Bucks’ first NBA title in 50 years, since Karim Abdul-Jabbar and Oscar Robertson won it in 1971.