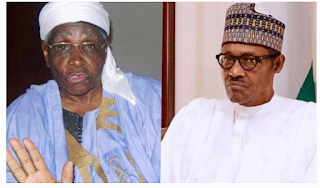 The highly regarded northern socio-political group stated this on Monday through his spokesman Hakeem Baba-Ahmed, who spoke on Channels TV on Monday.

“What are you going to do with 2023 because between now and 2023, APC would have completely wrecked this country?” he stated.

The regime has been criticised for the continued deterioration of nationwide insecurity, worsened unemployment rate, corruption, nepotism, and flagrant disregard for human rights.

Mr Baba-Ahmed wondered how the political class that will take over power in 2023 aims to fix the country that has been “completely destroyed” by the ruling APC.

“You are going to take over a country that has been completely destroyed by a party that has been substantially produced by the PDP,” he pointed out. “How are you going to fix this country? What’s your blueprint for what happens to Nigeria in 2023?”

Earlier this year, Mr Baba-Ahmed, in a statement issued on behalf of the forum, said that the current administration lacked the capacity to protect Nigerians against violent attacks.

“It has become painfully obvious that the Federal Government is unable to muster the will or the capacity to limit exposure of Nigerians to violent criminals,” he had said.

A recent report released by the Economist Intelligence Unit (EIU) of London also suggested that Mr Buhari’s incompetence in combating the country’s challenges will give the opposition party a winning edge over APC.

“Frustration with high prices, declining living standards, and perpetual instability will be directed at the ruling party, the All Progressives Congress, giving the PDP a winning edge,” EIU said in its July 21 analysis that examined prevailing conditions in Nigeria.

The Economist stated that even as the president remains in office until 2023, “the security situation in many parts of Nigeria is in a state of continuous deterioration.”

It predicted that despite pressures mounted on the president, “myriad security threats will prove unmanageable, with the military and police overstretched and unable to tackle simultaneous security crises.”

Several economic and human development indices, including from the World Bank, confirmed that Nigeria under Mr Buhari has been witnessing acute joblessness and poverty at a level never before seen.