Buhari was in primary school when I was already fighting for one Nigeria: Pa Adebanjo - The Naija Weekly

Home News Buhari was in primary school when I was already fighting for one Nigeria: Pa Adebanjo

Buhari was in primary school when I was already fighting for one Nigeria: Pa Adebanjo 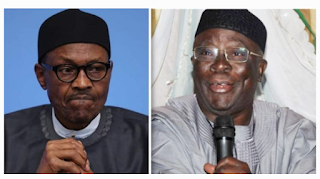 Ayo Adebanjo, leader of Yoruba socio-political group, Afenifere, says he does not subscribe to calls for secession, adding that he and his party has been advocating for one Nigeria when “President Muhammadu Buhari was in primary school.”

The elder statesman who marked his 93rd birthday in March, made this statement while speaking on Arise TV on Thursday on secessionist agitations around the country and the travails of freedom fighter Sunday Adeyemo popularly known as Igboho.

Mr Adebanjo, a member of the defunct Action Group and an ally of Obafemi Awolowo, the first Premier of Western Region, said he does not believe in the balkanisation of Nigeria.

He however blamed president Buhari’s nonchalance to Fulani herdsmen’ atrocities in Yorubaland and the brazen nepotism of his regime as fuels for the separatist agitations.

Mr Adebanjo further said he and his party men have been advocating for a united Nigeria in past 70 years, when likes of Mr Buhari were in primary school.

“I have fought for the unity of this country for the past 70 years, when Buhari was still in primary school,” Mr Adebanjo said. “I have invested in one Nigeria and my party has been leading the question of a Nigeria that is united.”

The nonagenarian said the failures of the Buhari regime to contain crimes committed by his Fulani ethnic group led to forceful reactions by the likes of Mr Igboho.

“It is because of the failure of Buhari to protect lives and property in his area,” Mr Adebanjo said. “The Fulani people there are raping, kidnapping, and depriving the farmers of their farmland.”