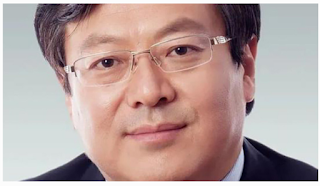 A top manager of China’s space programme has been placed on forced leave.

According to media reports, Zhang Tao beat up two respected scientists so badly that they had to go to a hospital.

Wu Meirong, aged 85, and 55-year-old Wang Jinnian are still in the hospital.

As reported by China News Weekly, Zhang Tao had invited the two for dinner to ask them to recommend him for admission to the International Academy of Astronautics (IAA).

When the researchers declined, Mr Zhang allegedly became violent, beating and kicking Mr Wang and pushing Wu to the ground in an attack that lasted about half an hour, the report said.

The China Aerospace Science and Technology Group Corporation (CASC), the umbrella body of the space industry, said that an investigation had been launched.

It said the board and party chief of its investment arm, Zhang Tao, had “hit someone after he had been drinking.”

According to press reports, the incident, which happened a month ago in Beijing, the 57-year-old had seriously injured the two Chinese members of the Stockholm-based International Academy of Aeronautics.

Despite the attack, the CEO was able to go about his work unchallenged.

Parent company CASC also came under criticism. While photos and details made the rounds, CASC still asked its employees to keep quiet.