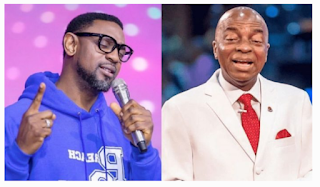 Mr Oyedepo, the founder of Winners Chapel, who came under heavy criticisms for sacking 40 pastors, had said said pastors fired were “unfruitful” and “blatant failures” and not for failing to generate expected revenue as widely insinuated.

“People are confused about our ministry. I learnt that some fellows said, ‘You know, they are not bringing income, that is why they asked them to go.’

“We asked you to go because you are unfruitful. Unfruitful! Blatant failure. Doing what there? We have no patience with failure here,” Mr Oyedepo said.

Backing Mr Oyedopo’s position, Mr Fatoyinbo, a no stranger to controversy himself, in an Instagram post on Friday, said “laziness and unfruitfulness” should not be tolerated in the church.

“No room for laziness and unfruitfulness, Mr Fatoyinbo said, asking “If you were fired in the bank for not meeting up with your deliverables, will you go on social media?”

Liking Mr Oyedopo’s gesture to a parable in the bible, Mr Fatoyinbo quoted Luke 13: 6-7 to buttress his point.

“He spake also this parable; A certain man had a fig tree planted in his vineyard, and he came and sought fruit thereon, and found none.

“Then said he unto the dresser of his vineyard, Behold, these three years I come seeking fruit on this fig tree, and find none: cut it down; why cumbereth it the ground? And he answering said unto him, Lord, let it alone this year also, till I shall dig about it, and dung it: