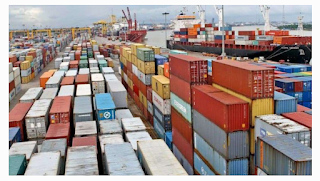 A freight forwarder and Managing Director of Widescope International Group, Segun Musa, has called for the creation of lighter terminals for freights to decongest Lagos ports.

Mr Musa, who made the call on Wednesday, said that lighter terminals and an electronic call-up system would decongest the ports.

He advised that other terminals should not be abandoned but used more frequently.

Mr Musa said that with the electronic call-up system, congestion due to customs and police checkpoints would be addressed.

“In freight forwarding, we continue to educate our people that it is an informal sector and we are all trying to make it look formal and trying to make people know their right from their left.

“There is a need for lighter terminals on other corridors.

It is the first measure to decongest the Apapa corridor,” he said.

Mr Musa also advised that the government avoid operating truck parks as a means of decongesting ports, but should encourage private investors to run such parks.

He said that it was not the government’s responsibility to manage parks.

“Rather, they should be privatised with the provision of an enabling environment by the government as well as setting up of standards and guidelines,” he advised.