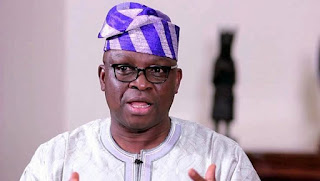 1. I ask our President, what has happened to the report on the $43m discovered in an apartment at Osbourne Towers, Ikoyi, Lagos?

2. What has happened to the allegation of award of $25bn contracts without following due process made against Dr. Baru by Dr Ibe Kachikwu?

3. What happened to the DSS indictment for corruption of Magu and the AGF Investigative Panel set up by the President?

4. Who is the owner of LEGICO Shopping Plaza, Ahmadu Bello Way, VI, Lagos inside which the EFCC claimed that they found N448.8 million cash?

5. Who brought the five sacks in which the EFCC claimed that was found N49 million cash to the Kaduna Airport?

6. What happened to the probe panel on the alleged N500m bribery said to have been paid to the Chief of Staff (COS), Abba Kyari by MTN?

7. Most importantly,,, what has happened to the report submitted on Tuesday on the fraudulent reinstatement of Maina?

8. Is the President going to use APC broom to sweep the report on Maina under the carpet just as he did to others before it?

President Muhammadu Buhari corruption and insecurity fight is targeted to his personal enemies which is South East. Buhari believes in using power against his enemies and Southeast leaders are busy romancing him because of selfishness and cowardly standing for what doesn't exist. You believe Buhari will give you power when he is busy criminalizing your people. You are a joke.

These are the reason why some of us refused to align with Muhammadu Buhari in anything he does. His revenge mantra on perceived enemies stinks.