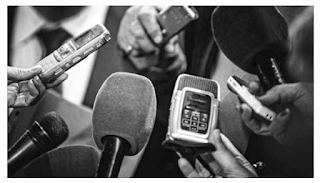 It used to be so easy. A reporter brings a story and the excited editor goes through it and simply publish it, confident that the claims are correct.

Not anymore. With the prevalence of fake news, most editors also known as gatekeepers no longer trust the frontline soldiers and would use every available binocular to search for the truth.

Analysts have said that it is difficult to blame the editors for being more careful, considering the many cases of gaffes, brazen lies, fake news and wrong information the conventional media embarrass themselves with on daily basis.

Few weeks ago, an influential media house published a story quoting the World Health Organisation (WHO) as saying that 146 million Africans die of tobacco-related diseases every year. The editor so trusted the reporter and did not ask how many Africans would have been left after just two or three years of such harvest. The reporter had added three zeroes to her copy.

Not long ago, a media house published a story quoting a state governor as pouring encomiums on his estranged predecessor at a birthday ceremony. Very harmless story. Easy pick for every editor. But trouble started immediately the story went out. It was fake. No such ceremony took place. The reporter just imagined it.

Last year, a report announced the opening of airports after the COVID-19 lockdown. Eager prospective passengers rushed to book tickets only to be turned back. What they read was false. Fake. The reporter just deceived everyone.

The craze for fake news has indeed taken over today’s media space, with both the social and traditional media struggling to outdo each other in the spread of hoaxes.

The instances are just everywhere. Aside from the fake news, photos or videos are purposefully created and spread to confuse and misinform. Photos or videos are also manipulated to deceive, while old pictures are often shared as new.

In some cases, photos from other shores are shared in the Nigerian space, ostensibly to create the impression that they are local scenes.

“Fake news misinforms and misdirects society with severe consequences on individual and national systems. It heightens tension, builds fear and mistrust among people.’’

Information minister, Lai Mohammed has equally deplored the trend, declaring recently that fake news could “threaten and destroy’’ the country. He has also launched a campaign against it.

The minister recently observed that every news manager was faced with the challenge of managing fake news, and expressed the fear that the purveyors could push the country into crises.

“Fake news will make media practice lose its appeal; it will challenge the credibility which is the base of journalism practice,” he said.

He challenged editors to rise up against the bastardisation of journalism by the new media, and emphasised the resuscitation of investigative journalism to tackle national challenges and help government plan better.

But as the scourge rages on, analysts have continued to wonder why the tendency to lie appears more common in the information age.

Mr Pate believes that fake news is partly caused by the absence, or late arrival, of official information, which creates a vacuum filled by rumours and imaginations.

According to him, desperate politicians, ethnic jingoists, foreign interests and mischief makers have also taken advantage of the explosion in social media platforms – Facebook, Twitter, Youtube, Google, Nairaline and WhatsApp – to spew fake news and hate messages which inflict confusion into the society.

While urging media houses to focus more on investigative reporting, he cautioned against selective reporting and the promotion of prejudicial stereotypes about groups and individuals based on incomplete facts, mischief and ignorance.

Analysts have also called for more training to boost research capacities among media professionals so as to minimise shallow reporting and episodic attitudes in news coverage and programme production.

They have also cautioned the media against promoting statements of politicians, ethnic champions, religious zealots and other interested parties without critical inquiry about specific social conflicts.

“Such groups are usually prone to spreading fake news against perceived rivals,” Aminu Mohammed, one such analyst, says.

While urging media gatekeepers and news content managers to be more critical, the analysts have pointed out that publishing fake news could confer legitimacy, credibility and massive reach to such fakery and confuse the audience about truth and falsehood.

Worried by the effects of such misinformation, many Nigerians have always wondered if it is possible to quickly spot fake news to avoid being misled.

Dapo Olorunyomi, publisher of Premiums Times, believes that the best way out is to establish a fact-check unit in every Newsroom.

Mr Olorunyomi, whose outfit has established a channel “Dubawa”, through which it trains media practitioners on fact-checking, emphasises the need to build wide contacts and use the internet to carry out a fact-check on every story to determine its integrity before publishing or airing same.

He also suggests the need for readers, listeners or viewers to check multiple sources, and try to establish trusted brands over time.

Mr Madunagu has a more proactive approach to the menace.

“When a reporter comes with a sensitive story, I will calm him down and ask him to relax.

“When he relaxes, I will debrief him. In the course of doing that, I will try to see whether he brought himself into the story. There are times I did that and the reporter told me to kill the story. It means he was not so sure of the exciting claims he penned down,” he said.

He said that the situation is serious and warned editors against rushing to publish any “beautiful scoop” filed by reporters who are out there on the field.

“Editors should not totally trust reporters. These days, I don’t.

“Editors must have phone numbers of other Editors. These days, hunger is pervasive; for little money, people can tell lies. They can write anything. So, one must be very careful. When editors are handling sensitive stories, they must be very careful,” he said.

Most editors agree with Mr Madunagu and believe that Nigeria will be the better for it if editors in traditional mediums, who determine information the public is served, strive for reliable information which is crucial to her growth.

But even as the editors strive for accurate information, some have noted the challenges of ownership influence, social malpractices and corruption, media professionals acting as judges or advocates for hidden interests, and cases of senior editorial staff acting as consultants to politicians and religious groups.

The existence of cartels among reporters covering specific beats has also been noted as another factor responsible for the adulteration of what is reported. Very often, the cartels form “gangs’’ that decide what information to publish with pecuniary interests threading through the discussions.

Analysts say that such “unholy fraternity’’ has often led to the “burial’’ of some hard truths that would have been useful in the nation’s search for greatness.

Another challenge is the “copy-me’’ syndrome, a practice where reporters receive reports of events they did not cover, from colleagues, and publish same, not minding if what they had been “copied’’ is fake news.

Not a few reporters have lost their jobs to this scary practice, yet it still persists.

Unfortunately for editors in most media houses, the heat is usually extended to them with no one concerned about their pleas or claims to innocence.

Such sweeping sanctions, analysts say, have forced editors to suspect every story with some “dodging” sensitive reports they believe have the potential to create trouble.

“These days, I use every binocular to check the veracity of every story. I won’t want to take medicine for what should not be my headache.”

Unfortunately for the reporters, most editors today have similar fears over their copies. Such fears rule most Newsrooms today.