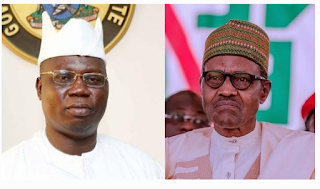 He urged the regime to investigate the circumstances surrounding the attack on Mr Igboho’s Ibadan home on Thursday.

Meanwhile, the SSS has announced its operatives carried out a violent operation targeted at apprehending Mr Igboho.

In a statement on Thursday, Mr Adams said, “The attack on Sunday Igboho’s house is most unfortunate. It is a reflection of the fact that our lives as Nigerians are of no value to the government. And the truth is that nobody is safe in this country.

“The recent attack was the second in six months. The first was in January when his Soka residence was razed by unknown arsonists, and to date, nobody had been apprehended in respect of the ugly incident.