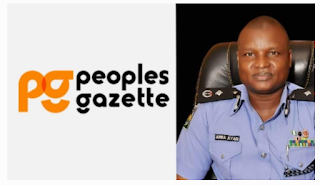 In the early hours of Friday, The Gazette found that Mr Kyari, who uses the photo-sharing app to disseminate public information, blocked it from accessing his Instagram page.

This followed The Gazette’s news of his embroiling with Nigerian Internet fraudster Ramon Abass known as Hushpuppi, in a multimillion-dollar fraud.

The deputy police commissioner has denied any wrongdoing despite evidence by the Federal Bureau of Investigation (FBI) showing he flew to Dubai to enjoy a stupendous lifestyle with Mr Abbas.

As the commander of a critical enforcement wing of the Nigeria Police Force, Mr Kyari regularly publishes activities of his team on his Instagram handle, where he has about 75,000 followers. His action against our newspaper could potentially prevent a large section of the Nigerian population from having access to information in violation of the Nigerian Constitution.

Mr Kyari does not have a visible presence on Twitter, and his decision to block The Gazette mirrored the controversial decision of former U.S. President Donald Trump to block those critical of him on Twitter.

In July 2019, a federal appeals court upheld a lower court’s ruling that Mr Trump lacked the right to block people who disagreed with his views on Twitter.

A three-judge panel of the U.S. Circuit Court of Appeals ruled that Mr Trump violated the First Amendment by blocking people because he uses the account “to conduct official business and to interact with the public.”

“[The] First Amendment does not permit a public official who utilises a social media account for all manner of official purposes to exclude persons from an otherwise-open online dialogue because they expressed views with which the official disagrees,” the judges wrote in the 29-page ruling.

This followed a lawsuit filed by the Knight First Amendment Institute at Columbia University on behalf of seven people blocked from the former president’s Twitter page for disagreeing with his policies.

Mr Kyari did not return a request seeking clarification about his decision to lock The Gazette out of his Instagram page.