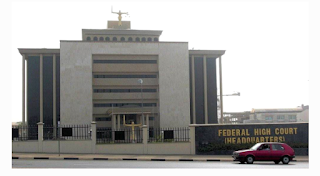 The Abuja Division of the Federal High Court on Friday ordered the State Security Service to produce 13 relatives of Yoruba Nation leader Sunday Igboho who were arrested during the controversial raid of his residence on July 1 in Ibadan.

In suit number FHC/ABJ/CS/647/2021, which was heard without the submission of the SSS as it was about fundamental rights of citizens, trial judge Obiora Egwuatu gave the secret police until July 29 to present those arrested.

The SSS confirmed killing two persons and making 13 arrests before declaring Mr Igboho wanted because he was not at home during the raid. The SSS subsequently paraded the people arrested at its headquarters in Abuja, accusing them of, among other claims, being in possession of weapons and attacking its officers.

Pelumi Olajengbesi, counsel for the applicants, told the court that his clients have been kept incommunicado since they were arrested without charges, urging the court to order the SSS to produce his clients in court.

“I crave the indulgence of this court in the interest of justice that the world is watching how this noble arm of government will revitalise the consciousness of Nigerians that they can be safe under the law,” Mr Olajengbesi said. “The sole purpose of a democratic society is to abide by the rules provided by the law.”

The judge said the lawyer’s argument had merit and subsequently issued a bench order for the SSS to comply latest by July 29 when the matter would be heard again.