JUST IN: CBN bans sale of forex to BDCs, suspends issuance of licence to money changers - The Naija Weekly

JUST IN: CBN bans sale of forex to BDCs, suspends issuance of licence to money changers 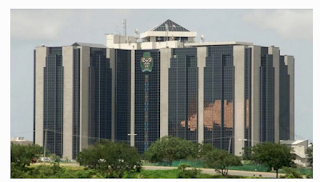 The bank will also suspend the issuance of new licences to money changers across the country with immediate effect, Governor Godwin Emefiele said in a press briefing on Tuesday afternoon.

The announcement comes as the bank intensifies efforts to mitigate further decline of the country’s economy and the national currency.

Bureau de change operators have long been a major black market, providing exchange rate support to those unable to formally access foreign currencies directly from the CBN. The suspension of their ability to source foreign exchange from the CBN could have a significant impact on the country’s economy and bring naira under further pressure.

The Buhari regime has faced criticism for mismanaging the country’s economy after the naira tumbled by widespread margin against the United States dollar and other major international currencies. A dollar was about 180 to naira when the administration assumed power in 2015, but it now exchanges for about 411.50 to naira, and about 510 to naira at parallel markets.